Samuel Wood is a marketer, entrepreneur and front-end developer. He graduated from Makers Academy and quickly pursued a career as a self-employed contractor. In his own time, he launches side projects and Indie businesses. 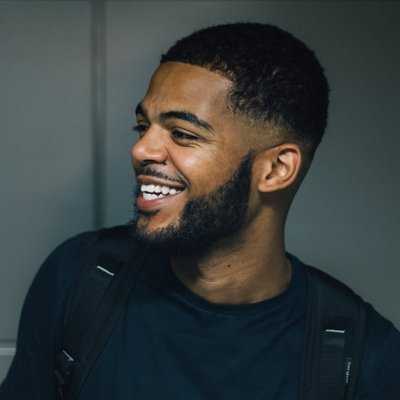 “I’ve always been interested in building stuff. When I was young, I was obsessed with lego. Everyone thought I was going to be an inventor. Then when I grew up, I needed to make a living. I went to University to study Economics, thinking I would go into banking. But halfway through my degree, I realized I wasn’t making anything and I like being a maker.”

“So at University I started hacking a few things together. I regretted not taking Computer Science. When I graduated I started working in tech on the marketing side. I was still making projects and sometimes paying developers to help me. I saw developers as magicians and I didn’t think I could ever become a magician myself.”

“Then I saw an advert by Makers. I’d never heard of a Bootcamp. It said it could teach you how to code in 12 weeks which sounded impossible. I remember someone described it as the ‘Marines for coding’. As soon as I saw it, I knew it would be good for me. I like extreme solutions. So I applied and as soon as I got my offer I went into work and handed in my notice the next day.”

What was attractive about the tech sector as a non-coder?

“The tech sector was interesting even before coding. I came across Techstars whilst at University and I saw people building these startups. I remember following it from afar as a fan. I couldn’t wait for the startup culture to develop here in London. Startup wasn’t even a popular term in London then.”

“So years later when startup culture began to emerge in London, I saw a lot of the roles were technical. It would be two founders trying to hire more tech guys. I was bitter because I didn’t have those skills and didn’t think I would ever have them. But eventually, I was able to get in on the marketing side of things.”

How was Makers Academy?

“Makers was the best learning I could have got in 12 weeks. That’s the best review I give. They put a lot of thought, effort and science into thinking about how we actually learn in a short space of time.”

Is a coding Bootcamp for everyone?

“Coding is for everyone, but Bootcamps are not. Bootcamps can be very self-led. You need to be proactive and want to learn. You get given a task for the day and you have to be motivated and stick with it.”

“Of course, you can ask questions. But at Makers often questions were answered with other questions. They want you to think about it and figure it out yourself. So they’ll lead you toward an answer but they won’t give it to you. That can frustrate people.”

What was the emotional experience of learning to code?

“The most stressful part is pairing with other humans. Everyone is learning. Everyone has different temperaments and learning styles. On top of that, it’s a hard skill so people get frustrated. That can be a hard mix.”

“Makers was all about paired programming so you’re never working on your own. Every day you are working with someone who you’ve never worked with before and they are doing one of the hardest things in their life. It’s like the worst date you can ever have.”

“Now they even guarantee a job at the end of the program. So it’s no-risk. You get all these skills and the promise of a job. It’s a win-win.”

Samuel completed Makers Academy in 2017 and the job guarantee was added since then.

“My biggest surprise is probably how unregulated the industry is. There are no specific exams or accreditation to say what level you are. You could go somewhere where the level of the junior at one company is the level of a mid at another and vice versa.”

“That’s been interesting. I came with the assumption that coding removed the need to sell yourself. I thought it was all about the work and it would be self-explanatory. But now I’ve concluded that isn’t the case in any industry. To some degree, you always need to be able to sell yourself and your ability.”

How has learning to code helped your side-projects?

“It’s changed everything for me in terms of building stuff. I’ve had startup ideas for the last seven or eight years. But I’ve never been able to build them myself. So you end up being that creep at networking events trying to get other people to build your idea.”

“I also like to feel self-sufficient. Coding has given me the ability to do that. It’s made everything feasible. I don’t have to spend any money to build stuff. I can build it myself and test out ideas.”

“I was never super ambitious with my coding chops. I didn’t want to be a domain expert. I wanted to be able to build simple versions of my ideas and put them out there and now I can. So I’m in a happy place.”

“The difference isn’t in your role but in expectations. As an employee, you’ve got more room and flexibility to ask questions and get support.”

“On the one hand, I like the independence. I’m given the freedom to get on with it and do my work. But I also need to remind myself to collaborate and not become an unsociable developer.”

“With most things I’ve done before, at first there are marginal gains. You can learn and improve. But eventually your learning sort of flattens.”

“In development, it feels like there is an unlimited surface area to learn. I’m curious, so I love that. Every day I can learn something completely new. And it feels like this could last for twenty years. There is a level of mastery that can be achieved. I want to get to a point where I can build anything that I can envision in my mind.”


Samuel has an immense curiosity and desire to learn. His path is a great example of taking opportunities as they come and nudging your career in the direction you want. His movement into software development enables his broader ambitions to create startups, such as his current projects Kudoscope and Vanilla Social. Recently he shared his tips in the post How To Learn to Code. He often shares thoughts and ideas on Twitter.