I spoke to Catherine Oxley, a front-end developer enthused by the creative side of web development. Catherine is a graduate of Le Wagon London where she currently helps to teach the front-end part of the course. 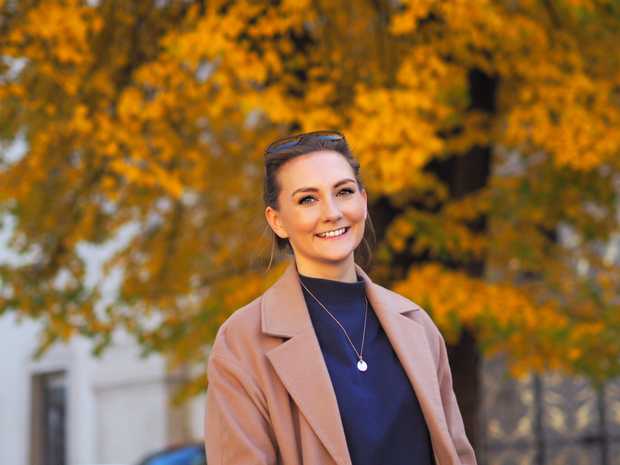 “I studied French for my Undergrad. As part of the course, I could choose to teach for a year. During that year of teaching, I taught a syllabus that covered technology, including coding. I remember teaching the material and being so enthusiastic about it - way more so than my students. At some point, I thought I should look into this a bit more”

“When I returned from my year abroad I did. I started teaching myself the basics; HTML & CSS. I got even more into it. I came across Bootcamps and thought they looked interesting, but I saw how much they cost. I had to work for some time to save up money before I could afford it.”

How familiar were you with the tech industry?

“My Dad worked in software so I had some familiarity with it. He worked in the security side of software which didn’t seem interesting. When I was growing up I was not interested in his work at all. It was only later that I realized I was better at it than most people and enjoyed it more than most people.”

“I work as a front-end developer now. It was when I saw the creative aspect of web development that it became more interesting to me. If I had known about the creative and fun side of coding earlier, I would have been drawn in sooner. Plus, I knew technology was a growing industry so I didn’t have too many anxieties about getting a job afterwards.”

“I think it helps! Being used to studying a new language really helps because you pick it up in the same way. For example, picking up phrases is similar to picking up new algorithms.”

Why a Bootcamp? Why Le Wagon?

“I’d already done a degree, so I didn’t want to do something as long and costly as a degree. I wanted to do a course that could help me get into the workplace fast and start earning right away. When I looked around, I saw that Le Wagon was both the quickest and the most affordable. I spoke to the team there and liked them.”

“I also looked at North Coders in the north of England, where I’m from. They offered a definite job with a nice salary, so it was difficult to choose Le Wagon where there was no guarantee of a job. But I preferred that it was cheaper and faster.”

Why a London Bootcamp?

Do you think you can do a Bootcamp instead of a degree?

“You can definitely do a Bootcamp without having done a degree. I do love that I have a degree which is very different from my job. It’s an interesting point on my CV and it has helped me get a job in some cases.”

“Having said that, if I was going to do a degree again I probably would study Computer Science. There are still some employers who require degrees, which can be frustrating as I know it doesn’t affect my ability to work. Often times, it is a reflection of the hiring manager and what they have studied and their own education. When people are open to hiring from Bootcamps they will find that the quality of work is very good. A previous manager of mine commented that he was pleasantly surprised as he hired more people from Bootcamps. Oftentimes the requirement for a CS degree is a legacy thing.”

How was the course itself?

“I loved it, but it really was being thrown in the deep end. As the Le Wagon course is only 9 weeks, it goes by quick. You do a significant amount of pre-work before the course. I was practising Ruby ahead of the course when at that point I had only done HTML & CSS. It was a big step up. And then when you start the course itself it’s another huge leap from the prep work. It’s a massive learning curve. You’re trying to fit a degree in 9 weeks. It’s intense but also so much fun.”

“Le Wagon is different because not everyone wants to become a software developer as a career. Some are learning so they can better manage their employees. Others are building an MVP (Minimum Viable Product). So it’s a varied audience.”

“The course itself is still very technical. But it is different as we focused on one main project, rather than a portfolio of projects. The idea was that you could build one thing more comprehensively.”

“In general, I enjoyed the diversity of the class. We even had some people with engineering degrees and it had a good, fun and slightly competitive spirit which was enjoyable. I believe now they also have a lot more in the way of career support, so the Bootcamps are also adapting and growing themselves.”

Catherine finished her Bootcamp in 2017.

“Stressful. I put myself under pressure to get one fast. I did it all in a week, speaking to lots of companies and recruiters. Eventually, I got a job with a small agency in London. Neither of the people who interviewed me was technical. I was in a rush, so I took the job.”

“In hindsight, it was a mistake to take the first job I came across. It was a great experience and I learned a lot, but I didn’t have a more senior developer to learn from, which made it hard for me at times. I was working with a larger team (developers and designers) but no senior front end developer to work with for guidance. I was also working with an off-shore team.”

“My approach for my second job was a lot more cautious. I interviewed companies as much as they interviewed me! I dug into who the rest of the team were trying to find out who I could learn from and more about growth opportunities at the company in general.”

“In my career now, it really changes from project to project or company to company. I specialize in the creative part of front-end development. I like using animations creatively. I like improving the performance of websites using CSS in place of JavaScript.”

“But it can vary. At some companies, they think anything with JavaScript is front-end, so I’ve also worked with Node.js and Express servers. But I prefer the creative side of front-end development.”

Whats been the biggest challenge in your technology career so far?

“The industry itself has been full of surprises. For example, you have to convince people of your skillset constantly. I think that will happen until you have many years of experience.”

“It’s also a very male-dominated industry, which can be a challenge at times. I’m on a team of 70 people with only 6 women. That can be quite common. It’s not always a challenge, but it can bring challenges.”

What are you more optimistic about in your career?

“There are so many new things that I want to learn and know I can get into. For example, I’d love to learn more about AI (Artificial Intelligence) and robotics. I’ve only just scratched the surface of technology. There is so much cool stuff to learn.”

“Try to figure out what interests you early on and zoom in on those skills. Being a specialist in this field is valuable. Choose something you enjoy and go deep on it.”


It was intriguing to me that Catherine was exposed to software development at a younger age but only became interested when she saw the creative side of it much later. It goes to show that Software Development is a broad and deep subject field, with different parts appealing to different people.