Matt Studdert is a web developer and entrepreneur. He graduated from General Assembly in 2014, having spent the early part of his career as a personal trainer. He is the founder of Frontend Mentor, a project based platform for learning to code. 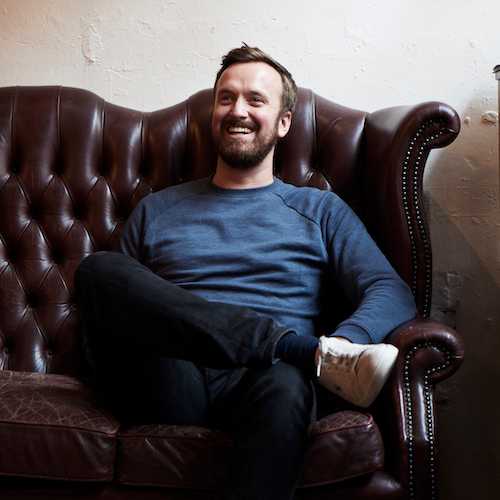 Why did you choose to learn to code?

“The first line of code I touched was when I was 28. Before my tech career, I had studied sports science and built up a business as a personal trainer. I really enjoyed it, but it was a straight swap of time for money. At some point, I hit a ceiling in terms of the amount of clients I could take on and the number of hours I could work. I was getting extra clients and introducing them to other trainers for a commission, but eventually they would take the client and set up a competing business. One option to scale up would have been to start a gym. But that came with a lot of overhead and additional risk. So eventually, I decided that as a business personal training was not for me, even though I enjoyed it.”

“I started thinking about other business ideas and they always came back to technology - websites or a mobile app. I didn’t know how to code and I didn’t have the money to pay a developer, so I decided I’d start to teach myself. I started with a Ruby on Rails tutorial on Lynda.com and took it from there.”

“So learning to code was a means to develop products and get into business. It was a personal goal to have a business that could completely detach time from money and create the lifestyle that I wanted to live.”

Why did you choose General Assembly?

“At some point I saw an ad for General Assembly - which is the first time I had heard of a coding Bootcamp. At the time, the two in town where General Assembly and Makers Academy. I did some initial outreach with both and scheduled to do an interview. The first interview I did was with Julian and everything just felt right. All of my questions were answered and I got a great feeling about it. In the end, I never did the interview with Makers.”

How was your Bootcamp experience?

“It gave me all the tools to get a job - that was always my goal. I knew that GA would give me a solid foundation and then being in a job would allow me to work with others who were better than me and learn from them.”

“Back then, the curriculum was mostly Ruby on Rails, HTML and CSS. My cohort was 13 people and we had a great student to teacher ratio. The format was theory in the morning, workshop in the afternoon and then homework after that. We’d often do homework together and have a beer, so it was a great environment.”

What are the main benefits of a Bootcamp vs other learnings experiences?

“The main one is that it shortens your learning time so much. Bootcamps constantly update their curriculum based on the job market and then prepare you for that. So you can get into a job quicker.”

“It also makes the learning curve less steep by putting you alongside others who you can ask questions from or who you can help.”

“Finally, it gives you your first network in the tech industry. I’ve met so many people through General Assembly who I still speak to years later. They are all developers, UI designers or product managers. That network can be invaluable moving forward.”

How was your first job as a web developer?

“My first job wasn’t a success. I found a company that looked really interesting and I liked the product idea. I had an initial conversation and very quickly got a job offer for a 30-day contract with a view to go permanent after. It felt amazing to have a job offer with good terms just 8 days after I finished the Bootcamp. I accepted it.”

“But it was a smaller startup with only one other developer. I was this fresh developer and it was difficult to get the support from him as he was the only other person building the product. It was frustrating to not get the support I felt I deserved as a junior developer. So I decided not to renew the contract.”

“I went back to General Assembly’s outcomes team and they introduced me to an agency. I spoke to them and it immediately clicked. Working at an agency was great for me because you get a breadth of projects. At the time, I was focused on the front-end and by doing multiple projects I got to work on different types of UI and see different types of problems.”

“By the way, that is another great thing about GA. They’ll continue to help you even once you’ve finished the Bootcamp.”

What tips would you give to Bootcamp graduates looking for a job?

“A big one would be to look out for team size. The first company I worked for just wasn’t big enough to hire a junior developer. Only as a team grows do they have the resource and structure to then train a junior developer. I would focus on teams of maybe 5 or more developers. Then you’ll have more people who you can get help from and learn from.”

“Secondly just ask a lot of questions - as many as you can. You want to ask questions that will unearth any red flags. Ask about how big the team is and what progression you can expect.”

“Finally, don’t rush it. People are always flattered by the first job offer they get. But remember its potentially one of many. You should think about a few options before jumping at the first one as I did.”

You later became a teacher at GA. What has that taught you about the process of learning to code?

“I first started as a Teaching Assistant and eventually led the course myself. You realise that teaching people is actually a great way to learn yourself. You hear so many different ways of doing things.”

“The most effective students are the ones who ask a lot of questions. A lot of people, whether its confidence or not wanting to seem behind, will suffer in silence. They’ll nod along and only later will say that they really struggled with something or didn’t get it. It’s essential that if you don’t understand something or are unsure, make sure to ask questions. Otherwise you fall behind.”

“I actually did my course with someone who was great at asking questions and it made the course better for everyone. People would often say they were glad he asked the question because they were too shy to or something else.”

What is Frontend Mentor?

”Frontend mentor is an online community for people wanting to learn front-end code. Instead of tutorials or how-to videos, we provide professional designs for people to build. If you were right at the beginning of learning to code, you would want to go somewhere else first, to get the theory. But once you’ve got the basics, you can come to Frontend Mentor and deepen your knowledge by building projects and realistic problems. You can submit solutions on the site and other people can give feedback on them.”

“It all came about from my work at General Assembly. A lot of my students would finish the 10 week part-time course and want more practice. I would suggest to build another project, to work on their personal website or go to Dribbble and re-create a design. But it struck me that it wasn’t great advice. A front-end developer wouldn’t be expected to develop their own idea or create their own UI from scratch. Frontend Mentor creates a learning experience which is as close to the real job of a front-end developer; you get a design and you build it.”

How is covid-19 and lockdown changing the type of students on Frontend Mentor?

“Since lockdown began, lots of people are coming into the community from completely different roles. We’ve had bartenders, air hostesses, pilots - all careers which have been negatively effected.”

“I think more and more people will look at coding as a potential avenue for their career. It gives you freedom - you can do it from anywhere as long as you have a laptop and an internet connection. It’s something that can be learned. It doesn’t have to be a Bootcamp if that is not an option, you can do freeCodeCamp or something else. Web development is relevant in so many industries now, not just tech. If you like music you could work at Spotify, or if you like fitness you could work at Peloton, so it’s very relevant across many industries and interests.”

How did learning to code enable Frontend Mentor?

“Learning to code gives you the freedom to build something from nothing, which is a superpower in my opinion. That’s what coding has enabled me to do and what I hoped it would enable me to do. I’ve always been someone who has ideas so coding allows you to make them real. There is nothing stopping you to act on an idea.”


Matt’s move from trainer to developer to teacher to founder is a great example of the freedom and opportunities that can come with learning a new skill like coding. He is well placed to build his business, Frontend Mentor, which helps people do the same. He shares his journey building Frontend Mentor on Twitter.